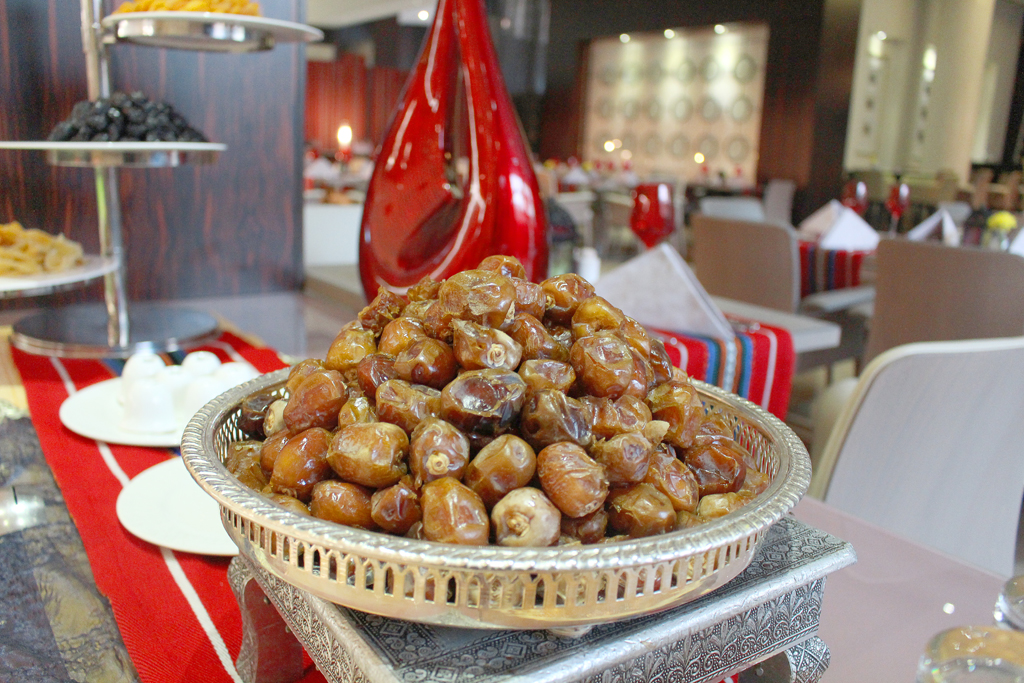 1. Milk and dates
After a generous glug of water, most Arab Muslims choose to line their stomachs with sugary dates, milk, and juices. Not only does this provide a quick kick of energy after a long fast, it’s also a highly symbolic start to the meal since it’s said to reflect the chosen snack of the Prophet Muhammad (PBUH).

2. Harira
Since fasting over long periods of time causes the stomach to contract, it’s important to allow it to relax before getting stuck into the feast proper. This Moroccan-style soup of lamb, lentils, and chickpeas is the ideal tool for the job. As well as warming the digestive system and prepping it for action, it’s also a rich source of fiber and protein. The fact that it’s also particularly tasty, then, comes as a happy bonus.

3. Malfoof
A lighter version of the stuffed vine leaves found on Lebanese mezze platters, these bite-size morsels consist of cabbage leaves wrapped around a variety of fillings – usually rice or bulgur wheat. Some spreads will even present their malfoof on a larger scale – hollowing out an entire cabbage before stuffing it with goodies and serving it up with a minty sauce.

4. Lamb ouzi
Around 3,000 livestock are slaughtered every single day in Abu Dhabi during the month of Ramadan, and this hearty dish is where a good portion of them end up. Traditionally, the animal is spit-grilled whole, having been stuffed with a mixture of spiced rice and nuts. Similar in style to an Indian biryani, ouzi is often presented as the centrepiece of an Iftar feast. So even if you’re not fasting, this filling dish is a must-try.

5. Harees
A traditional Emirati dish of boiled wheat and tender, slow-cooked lamb, which is found on Iftar tables across the Gulf. Though even locals are happy to admit that it’s not much to look at (imagine a sloppy, amorphous mass the colour and consistency of porridge), it’s just the ticket for putting back into the diet what fasting takes out, providing plenty of protein and slow-release energy that’ll keep the appetite in check through till Suhoor.

6. Sayadia fish
With dehydration a far bigger danger than malnourishment during Ramadan (particularly when it’s 45°C outside), overly salty seafood dishes aren’t given much in the way of table space. This simple staple, consisting of white fish cooked with onion rice, is a notable exception and, this being the UAE, the fish in question is almost always hammour. The species is massively overfished, so keep your helpings small and quaff plenty of water to combat the salt.

7. Kousa mahshi
Though its origin is unclear (Lebanon makes a noisy claim to the creative rights, as do Syria and Egypt), the one thing we know about this dish of yoghurt-topped, meat-stuffed courgette is that those who hang around too long will find the serving dish bare. They’re presented halved or whole, depending on where you’re eating, while some add rice, mint or garlic into the mix. 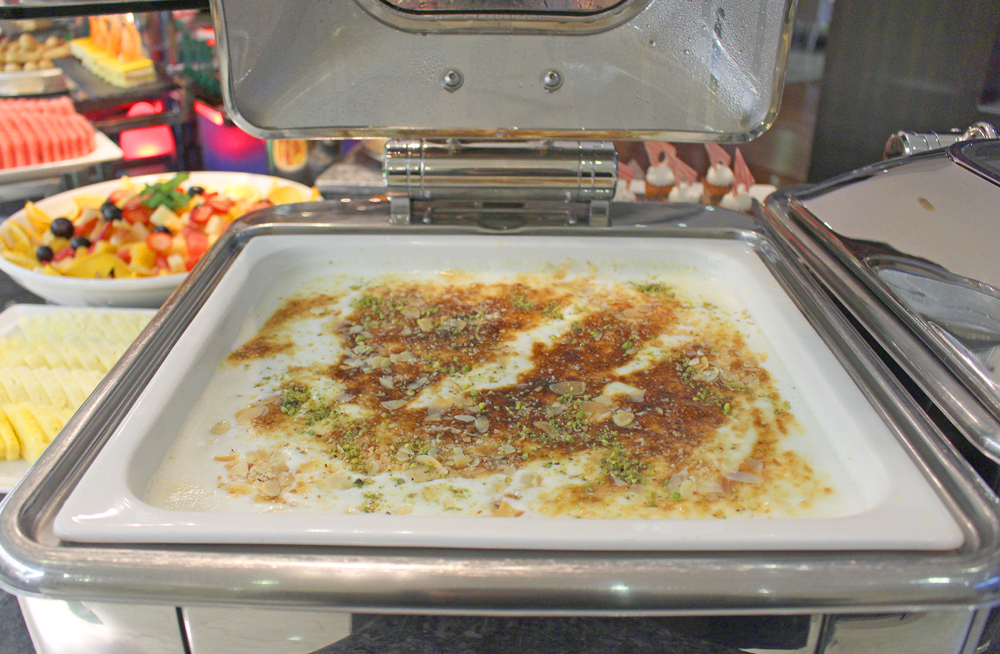 8. Kunafeh
This sweet, cheese-based pastry represents the Palestinian contribution to the Iftar table. Though it’s often eaten for breakfast in Levantine nations, in the UAE you’ll find it in the dessert section, usually surrounded by excitable children wielding ladles of heavy syrup. Good for one last burst of energy, this will go nicely with your Arabic coffee.

9. Baklava
Turkey’s part in the banquet comes in the form of rich nuggets of filo pastry, flavoured with rosewater syrup and chopped nuts. You’ll no doubt have encountered baklava before (Spinney’s and Carrefour both offer a decent selection), but only during Ramadan does the truly special stuff come out to play.

10. Umm Ali
Since it’s included in practically every brunch in the city, we’re willing to bet you’ve crossed paths with Egypt’s answer to bread and butter pudding before. But instead of taking a sidestep and heading for the tiramisu, now’s your chance to discover why this creamy dessert is such a hit. Oh, and help yourself to a second dollop if you’re fasting – those almonds, pine nuts, and pistachios are packed with the vitamins and minerals your body will be screaming out for.

Want to try out these amazing dishes? Join us for an Iftar dinner at Entre-Nous Restaurant! For bookings, CLICK HERE